Leave A Legacy – Not Your Things 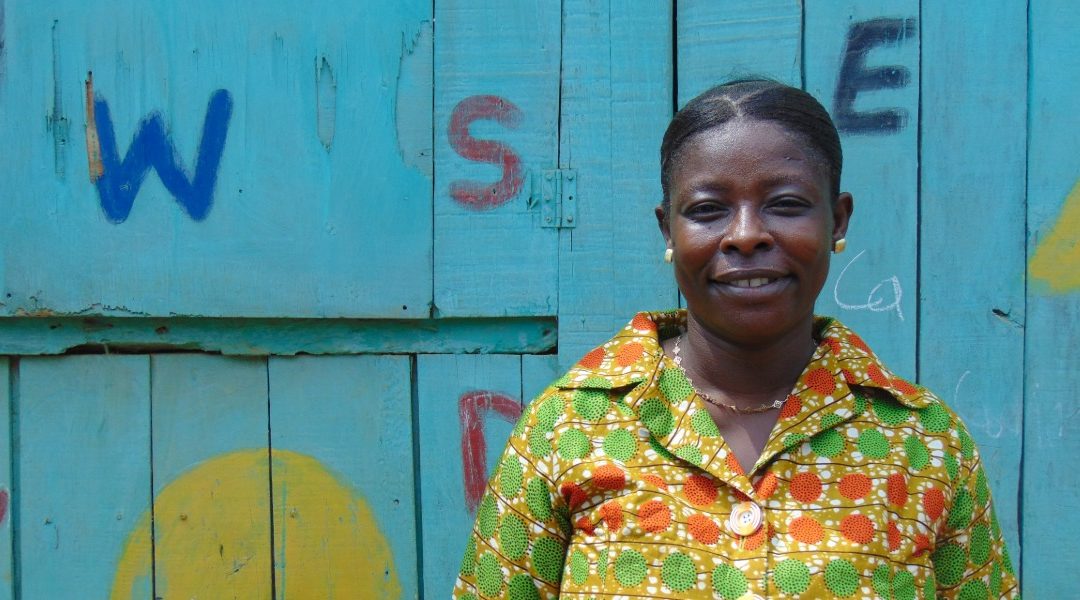 What a Legacy Is Really Made Of

In western culture, people often assume that in order to leave a legacy we need to secure wealth and accumulate many things, or have become so great that our lives will be remembered by generations to come. Simply put by Merriam Webster, legacy is “1) a gift by will especially of money or other personal property or 2) something transmitted by or received from an ancestor or predecessor or from the past.”

However, legacies that last can be much greater. Character traits like faith, perseverance, and grit–what if these form an intangible legacy that unquestionably makes a difference in the world and impacts family, future generations and even nations?

A Lasting Legacy Through Education

Janet Amakye grew up in the underserved community of Takoradi, a large city south of Accra, Ghana. Janet is illiterate, a similar background of many of her peers in the community. However, that did not stop her from answering the call from God to start a school in this same community. With few resources in the world’s eyes and little education, Janet and her husband Francis opened Blossoming Flower Complex. Janet and Francis are offering the next generation of children in their community the opportunity to grow and thrive. They are no longer trapped inside the repeating the cycle of generational poverty. They are leaving an intangible legacy: the gift of education, opportunity and hope.

Starting with only a few students in 2008, Blossoming Flower Complex now serves 173 students with a quality, Christ-centered education–at only $4 per month.

Since beginning a partnership with Edify in 2015, Janet has received and paid back a loan to construct more classrooms.  Along with her team, Janet has attended many trainings, which has helped to integrate a Biblical worldview into all of the classes and activities. As a whole, the school is becoming more sustainable and the teachers have become more effective. One of the biggest agents of transformation has been the Discipleship Club that was started in 2016.

Through the Discipleship Club, students are memorizing Scripture, leading worship and learning how to share their faith with their friends and family. Combined with the high-quality education they are receiving in the classroom; these students are breaking the cycle of spiritual poverty and will have the skills necessary to be employable and break out of material poverty.

Janet’s legacy is growing from the seeds of obedience that were sown when she began her school. Generations of students are learning what faith, perseverance and grit look like in day-to-day life. This is a living legacy that is already affecting change in the lives of the students, families and community in Takoradi.

What would it look like to shift our perspective and definition of legacy to enrich the lives of those around us and lay a foundation for generations to come?