The Educational Landscape of Peru Today 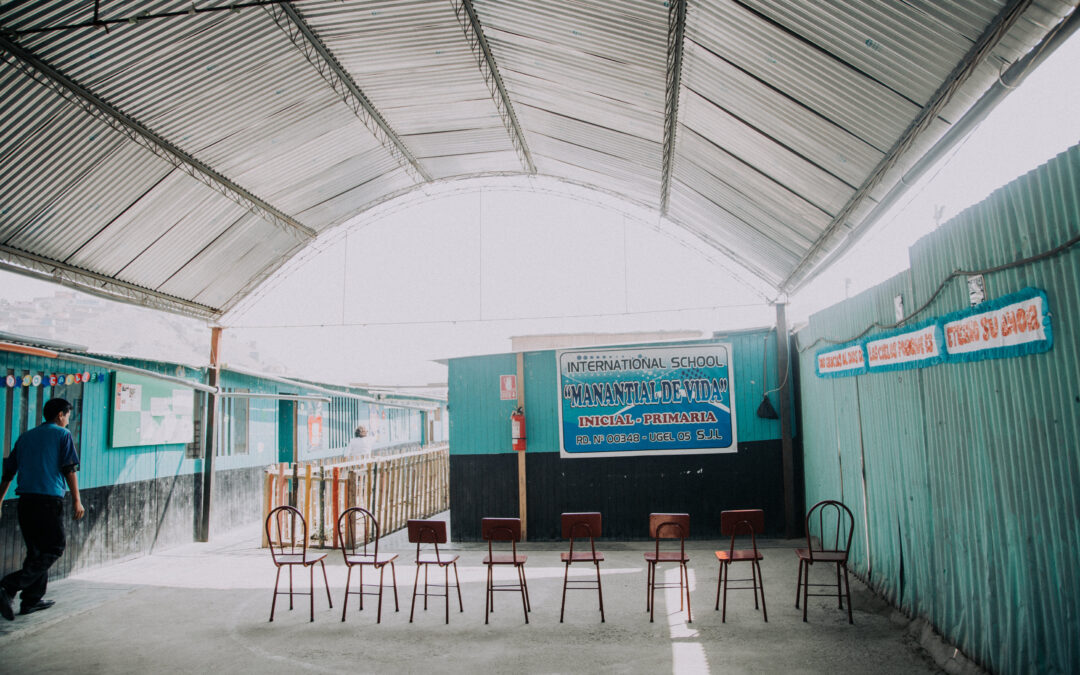 Situated in South America, Peru is home to over 30 million people. The country is considerably young. Almost half the population is under the age of 30. Urbanization has caused nearly one-third of the entire population to live in its capital city of Lima, with 35 percent of Lima residents living in impromptu housing and shantytown settlements called “barriadas.” Over 23 percent of the Peruvian population lives at or below poverty levels, with almost 1 million living in extreme poverty.

However, when it comes to education, Peru has made great strides in the past several years. It neared universal primary education, increased enrollment rates, and tripled access to preschool.

Yet, those who completed secondary education lacked basic math and reading skills. In an international math, reading comprehension, and science assessment of 15-year old students, Peru ranked the lowest of the nine countries in Latin America. And among the lowest of all 65 countries. In an evaluation of second graders from government-run schools, only 16 percent tested as proficient in language skills and a dismal 7 percent in math.

“Before the pandemic, the Ministry of Education had a plan called ‘Plan 2031.’ The project focused on significantly improving the education quality in the country in the next 10 years. They launched initiatives and pilot programs all over the country. Edify had the chance to visit a few of the government pilot schools. They were investing in tech, classrooms, and raising the bar for the quality of teachers,” he shares.

According to the latest numbers from the World Bank, the number of trained teachers in primary education is only 14 percent.

“Parents wanted their students to get into these new government schools. Which represented a challenge and competition for our partner schools since they are independent,” Joel says.

So what’s been happening during the pandemic?

Joel explains, “Our partner schools experienced a drop-off of student enrollment, about 30 percent, and we even had 10 partner schools close. They also had to decrease their tuition by 50-60 percent. Then the Ministry of Education instituted open enrollment for government schools. So many students enrolled in public schools, even students from our partner schools. They left.”

However, the vast majority of Peruvian government schools rank as some of the lowest and least resourced schools globally in terms of buildings, access to textbooks, and having enough desks and chairs. Coupled with severely undertrained teachers, the quality of education students can receive diminishes.

“The public sector never increased the number of teachers. Teachers became overloaded with overcrowded classrooms. For public school students, learning wasn’t and still isn’t happening,” shares Joel. “The Peruvian Government tried to continue education through TV and radio and a few online platforms too–but it wasn’t working. They depended heavily on parents to reinforce the education of their children. However, parents were more concerned with losing their job and needing money to feed their families,” he says.

UNICEF reports that 1 out of 10 school-aged children in Lima, and the surrounding area, haven’t participated in education during the pandemic.

Yet, for Edify Peru’s partner schools and their students, there’s hope.

“This school year, many students came back to low-fee independent schools, to our partner schools. Now, parents are putting in great effort to pay for private schools because the learning was so low. The pandemic changed everything, and the differences are huge,” says Joel.

Since last October, close to 150 trainings were held upskilling and training proprietors and teachers in using online platforms for learning. Courses like the Pedagogical Use of WhatsApp, Using Learning Management Systems, and EdTech Plan Development have helped make online learning engaging and effective. Zoom, Google Classroom, and WhatsApp have allowed teachers to send digital worksheets, create online classrooms, and allow face-to-face connection even on a screen. Since WhatsApp is a free mobile platform that doesn’t require any data, students can easily access their classes. With the help of ADRA, a lending partner, small loans have been deployed so schools can purchase the technology and devices they need to keep learning quality high. Schools have learned how to cope with tuition cuts by pivoting their payment structures for teachers, cutting operating costs of their school buildings, and pausing plans to expand their schools’ facilities.

Last year’s Annual Report shared about Peru’s incredible growth amid a wholly locked down country. In the past, Edify primarily operated centrally to Lima. Now, Edify’s footprint reaches schools in the remote jungle regions of Peru. Joel follows up on last year’s growth and their “new normal.”

“We’ve almost doubled the number of partner schools from last year. Now, we have no geographical limitations. Two years ago, if we wanted to reach schools from the country’s jungle regions, I would’ve taken a plane for two hours and maybe a bus. Today, all I need is their contact information to send them a Zoom link, and we can meet. We can talk about their school, do training online, and invite them to join Edify as a partner school,” he says.

Despite being in one of the world’s most restrictive countries for pandemic protocols, Edify’s expansion in Peru hasn’t stopped. As more families look for an alternative to a learning standstill in government schools, this has presented an encouraging opportunity for low-fee independent schools. An increase of students has meant support and training are just as needed and welcomed as the influx.

Edify is ensuring teachers and leaders are trained well to deliver quality education online. The expansion has allowed for new innovations and creativity to meet the growing needs of school proprietors. In countries like Peru, which wrestle with growing poverty levels and building stable infrastructures for their young population, a Christ-centered education can transform neighborhoods and cities. And training, loan capital, and education technology are more important than ever to make that transformation a reality.